Five Caltech faculty members have been named among the 2015 class of Sloan Research Fellows. The fellowships, awarded by the Alfred P. Sloan Foundation, honor "early-career scientists whose achievements and potential identify them as rising stars, the next generation of scientific leaders." This year, 126 young scientists were awarded fellowships in eight scientific and technical fields: chemistry, computer science, economics, mathematics, computational and evolutionary biology, neuroscience, ocean sciences, and physics. Candidates must be nominated by a department head or other senior researcher and are reviewed by a selection committee of three distinguished scientists in each field.

Viviana Gradinaru (BS' 05), an assistant professor of biology and the faculty director of the Beckman Institute Pilot Center for Optogenetics and CLARITY, received her fellowship in the area of neuroscience. The CLARITY technique, codeveloped by Gradinaru, is used to render tissues, organs, and even whole organisms transparent. Her research focuses on developing tools and methods for neuroscience as well as investigating the mechanisms underlying deep brain stimulation and its long-term effects on neuronal health, function, and behavior.

Mitchell Guttman, an assistant professor of biology, received the fellowship in the category of computational and evolutionary molecular biology. His work exploring unknown regions of the genome has led to the identification of genes that do not produce proteins, known as long noncoding RNAs (lncRNAs), which act as efficient administrators, gathering and organizing key proteins necessary for packaging genetic information and regulating gene expression. Guttman and his colleagues recently discovered that lncRNAs can shape chromosome structure to remodel the genome and pull in necessary target genes, unlike other proteins that must travel to their targets.

Gregg Hallinan, an assistant professor of astronomy, received his fellowship in the physics category. His group studies the universe at radio wavelengths, particularly examining the radio emissions produced by stars and their planets. His team recently completed construction of a new radio telescope at Caltech's Owens Valley Radio Observatory that can survey the entire sky instantaneously. This project aims to deliver the first detection of radio waves produced by the interaction of the magnetic field of an exoplanet—a planet outside our own solar system—with the stellar wind of its host star.

Heather Knutson, an assistant professor of planetary science, received the fellowship in the physics category. She studies the structure, chemistry, and atmospheric dynamics of extrasolar planets. These planets are often classified into broad categories based on their mass and radius. Knutson's research measuring exoplanet temperatures and characterizing atmospheric compositions adds detail to these classifications. She has helped develop many of the techniques that are now used to study exoplanet atmospheric dynamics.

Xinwen Zhu, an associate professor of mathematics, received the fellowship in the mathematics category. His research interests focus on geometric representation theory, in particular the geometric aspects of the Langlands program, a kind of "unified theory of mathematics" linking together many different mathematical fields of research. This research aims to provide a more intuitive visualization of prime numbers by relating the field to diverse topics such as geometry and quantum physics. 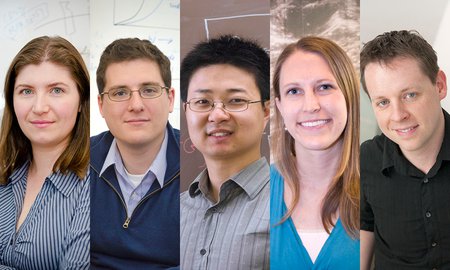 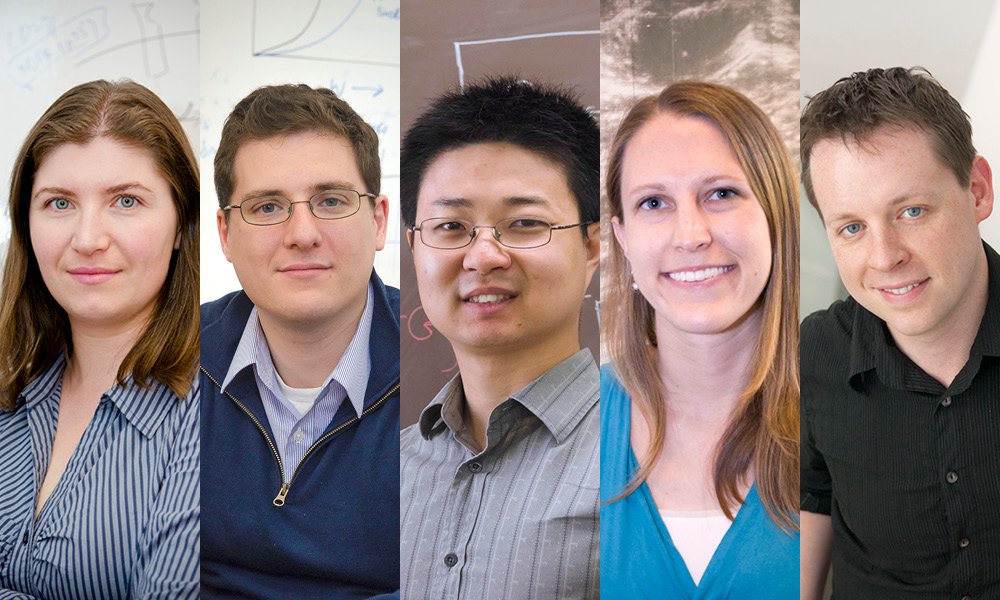