Ultrasound imaging, as most people are familiar with it, is used for taking pictures of a fetus while it is still inside the womb, but it has other medical purposes, such as diagnosing diseases of organs and tissues.

For years, Caltech's Mikhail Shapiro has been working to extend ultrasound imaging into the microscopic realm as well. Now, through a new breakthrough based on genetic engineering, he is making it possible for researchers to use ultrasound to watch enzymes at work within cells.

In a new paper appearing in the journal Nature Chemical Biology, Shapiro and lead authors Anupama Lakshmanan (PhD '19) and medical engineering graduate student Zhiyang Jin, and their fellow researchers, describe how they have harnessed the genes for a protein that helps bacteria float in water to create a microscopic ultrasound marker that indicates when certain enzymes are active inside cells.

This advance builds upon previous research Shapiro's lab conducted on so-called acoustic reporter genes, which encode proteins that can be seen from outside the cell with ultrasound. The researchers borrowed these proteins from a species of buoyant bacteria. In those bacteria, the proteins form tiny air-filled protein shells, known as gas vesicles, that help the bacteria float in water. Shapiro's team discovered that gas vesicles show up strongly in ultrasound imaging, including when the genes encoding them are incorporated into other bacteria or mammalian cells.

Gas vesicles are the ultrasound equivalents of the popular green fluorescent protein, which, true to its name, is a protein that glows bright green. Researchers commonly use the gene for green fluorescent protein as a so-called reporter gene. If a cell is glowing green as viewed with optical microscopy, the gene is active. The main drawback of fluorescent reporter genes is that their products cannot be seen deep inside tissues like muscle that are not transparent—as would be the case with most of the human body. In contrast, acoustic reporter genes are visible to ultrasound, which can penetrate deep into living tissue.

The patterns of expression of reporter genes are useful for monitoring the internal behavior of cells. For example, to learn more about how cells become neurons, a researcher could insert the reporter gene alongside a neuronal gene into an embryo's DNA. When the embryo's cells turn on the neuron gene, they will also express the reporter gene, and the cells will show a characteristic signature. This allows the researcher to easily see that the genetic program that encodes neuron formation is active.

This is only the first step though, Shapiro says.

"Gene expression is just one of the hundreds of important biological processes happening inside the cell," he says. "So, watching that is great, but we want to extend our view to all other activities in the cell."

This extension has already been made with fluorescent proteins, variants of which have been designed to change their fluorescence in response to intracellular molecules such as calcium, lipids, or enzymes. These fluorescent "biosensors" are popular with researchers studying cellular biology under a microscope. But, as with other fluorescent proteins, they are hard to see in living tissues.

In their latest research, Shapiro's team developed the first biosensors for use with ultrasound, which allow researchers to tell when a specific enzyme has been busy at work within a cell located deep inside the body.

Enzymes are specialized proteins that act as biological catalysts—that is, they facilitate chemical reactions within a cell, creating new biological compounds and breaking down others, and they are involved in nearly every aspect of what a cell does in the course of its life. Because of the central role enzymes play in living things, researchers have been keen to understand how they behave inside cells.

Lakshmanan and Jin built upon what was learned in the prior gas-vesicle research and modified the gas vesicles, so they could be targeted by enzymes used by the cell.

They changed the proteins that form gas vesicles so that they could be recognized similarly to the natural targets of a few common and well-studied enzymes, which would thus cut the surface proteins to pieces.

"These surface proteins, we discovered, sit on the surface of the gas-vesicle shell and make it more rigid and influence its mechanical and acoustic properties," says Lakshmanan. "If you cut up the surface proteins, the shell becomes softer, so the gas vesicles are able to deform more easily." As a result, there is a brighter ultrasound signal when enzyme activity is increased. For her work with gas vesicles, Lakshmanan was awarded Caltech's 2019 Milton and Francis Clauser Doctoral Prize, which is given annually at commencement to the PhD candidate whose research is judged to exhibit the greatest degree of originality and potential for opening up new avenues of human thought and endeavor.

"These enzymes are the workhorses of the cell, and now we are watching the workhorses working," says Jin. "The beauty of our biosensor design is that it can be modified for whichever enzyme someone has an interest in studying. This is a platform for further research."

Funding for the research was provided by the National Institutes of Health, the Defense Advanced Research Projects Agency, and the National Science Foundation. Mikhail Shapiro is an affiliated faculty member with the Tianqiao and Chrissy Chen Institute for Neuroscience at Caltech. 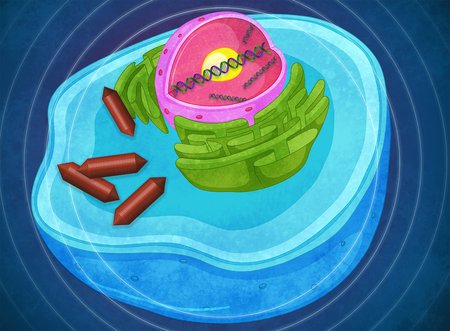 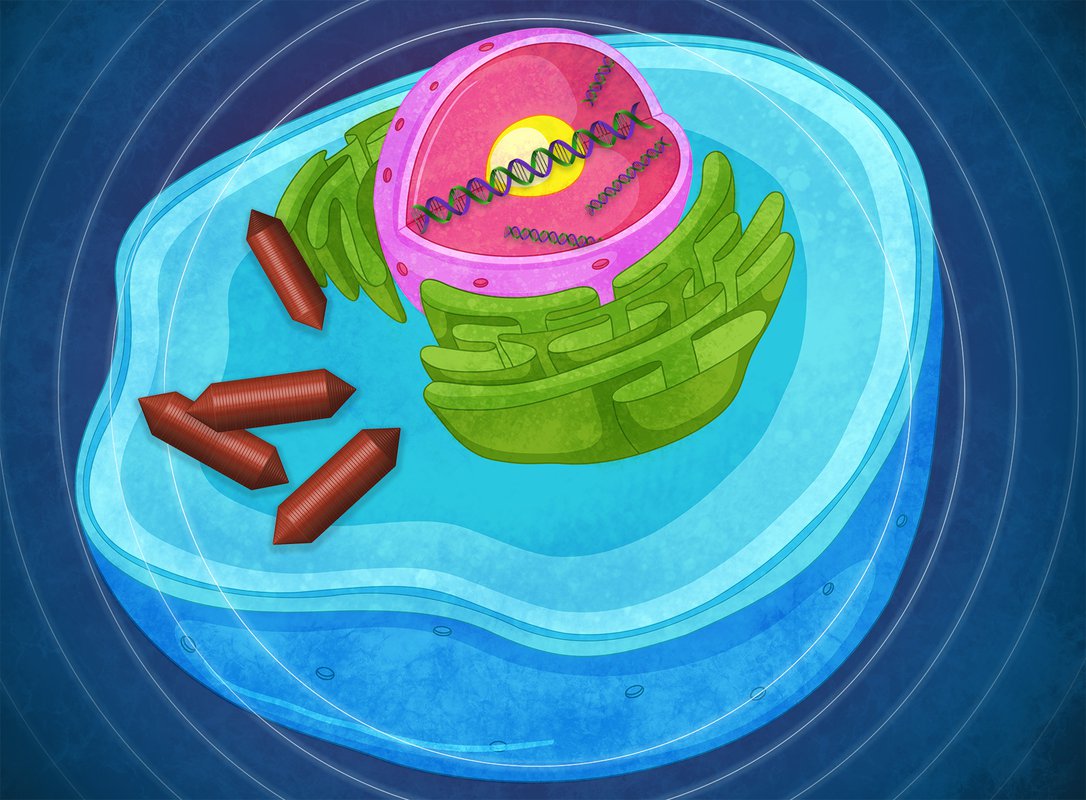