Skip to main content
Home  /  News  /  Molecular "Tails" Are Secret Ingredient for Gene Activation in Humans, Yeast, and Other Organisms

Molecular "Tails" Are Secret Ingredient for Gene Activation in Humans, Yeast, and Other Organisms

It might seem as though humans have little in common with the lowly yeast cell. Humans have hair, skin, muscles, and bones, among other attributes. Yeast have, well, none of those things.

But besides their obvious differences, yeast and humans, and much of life for that matter, have a great deal in common, especially at the cellular level. One of these commonalities is the enzyme our cells use to make RNA copies of sections of our DNA. The enzyme slides along a strand of DNA that has been unpacked from the chromosome in which it resides, to "read" the genetic code, and then assembles an RNA strand that contains the same code. This copying process, known as transcription, is what happens at a molecular level when a gene is activated in an organism. The enzyme responsible for it, RNA polymerase, is found in all eukaryotic cells (cells with a nucleus) and it is essentially the same in all of them, whether the cells are from a redwood, an earthworm, a caribou, or a mushroom.

That fact has presented a mystery for scientists, though: Although the DNA in a yeast cell is different in many ways from the DNA in a human cell, the same enzyme is able to work with both. Now, a team of Caltech researchers has discovered one way this happens.

In a paper appearing in the July 15 issue of Molecular Cell, the team, which includes Paul Sternberg, Bren Professor of Biology, and graduate student Porfirio Quintero Cadena, shows that the enzyme is biologically tailored to match different types of DNA through the addition of a tail of amino acids (amino acids being the building blocks of proteins and enzymes) whose length correlates with the length of the DNA the enzyme works with. The longer the DNA, the longer the amino acid tail.

"An interesting question has been how the wide, molecularly diverse range of species on Earth can all use the same mechanism of gene activation," says Quintero Cadena. "Specifically, because this mechanism requires that two parts of a DNA molecule come together, it should be more difficult for species with long DNA molecules to transcribe genes."

To envision how the amino acid tails help the enzymes work with two pieces of a long DNA molecule, it helps to imagine the tails and DNA like pieces of Velcro, with the enzyme consisting of two Velcro halves that each latch onto a complementary section of DNA. To begin transcribing the DNA into RNA, the two halves need to "find" each other and link up. This process of linking up is actually rather arbitrary. The two pieces of DNA move around randomly inside the cell until they happen to bump into each other.

Longer amino acid tails do not increase the chances of those random encounters, but they do make the enzymes more "sticky," so when they bump into each other, it is more likely that they will stay together.

That is not the only way the amino acid tails assist in the transcription of DNA, however. Quintero Cadena says by bringing more enzymes together, the tails may also sometimes create a membraneless organelle, essentially a zone within the cell where DNA transcription is localized. Generally, each organelle of a cell can be thought of as a discrete object that is surrounded by its own membrane—one that holds in its contents. However, the team's research shows that when it comes to polymerase, their tails help the enzymes to gather themselves into a locale without needing to be contained by a membrane. This is because the amino acid tails attached to the polymerase enzyme have a greater affinity for other amino acid tails than they do for the fluid that fills the cell. It is not unlike how oil that has been mixed into water will separate itself and gather into its own droplets.

However, Quintero Cadena adds, unlike oil, which has no affinity for water, the amino acid tails can be chemically tailored by the cell to have as much or as little affinity for other cellular contents as necessary. This allows the cell to adjust how strongly the enzymes gather around each other.

Quintero Cadena says these discoveries provide a clearer idea of how genes are activated in a cell, and how the same cellular machinery has adapted through evolution to function in very different organisms.

"In the short term, this subtly but importantly changes the cartoon in our heads of how molecules interact to turn on a gene," he says. "In the long term, a better understanding of gene activation paints a more complete picture of the inner workings of a cell, which may help us understand how things that go wrong in a cell can contribute to diseases, and more generally to understand how cells change over time to adapt in different environments."

The paper with their findings is titled, "RNA Pol II Length and Disorder Enable Cooperative Scaling of Transcriptional Bursting."In addition to Quintero Cadena and Sternberg of Caltech, the paper is co-authored by Tineke L. Lenstra of the Netherlands Cancer Institute.

Support for the research was provided by the Howard Hughes Medical Institute, the Gordon Ross Medical Foundation, and the Benjamin M. Rosen Graduate Fellowships. Paul Sternberg is an affiliated faculty member with the Tianqiao and Chrissy Chen Institute for Neuroscience at Caltech. 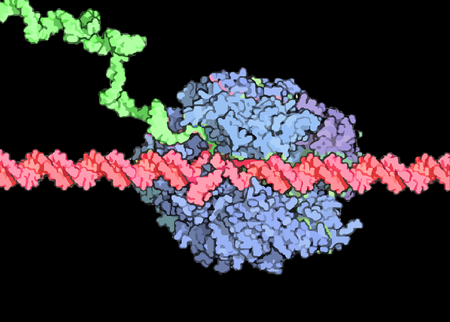 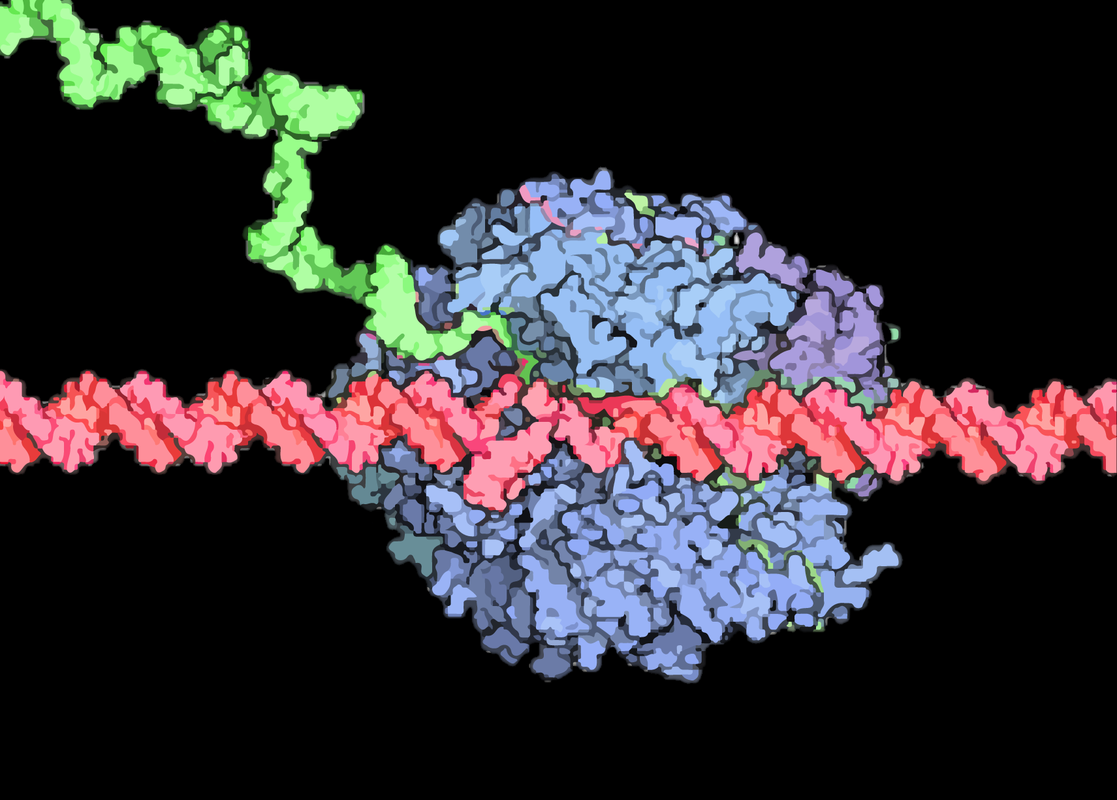