Strauss was a leading virologist. His research focused on the replication and assembly of two types of enveloped RNA viruses: alphaviruses and flaviviruses. He collaborated for decades with his wife, Ellen Strauss (PhD '66), senior research associate in biology, emeritus, to study insect-borne viruses, including those that cause encephalitis, yellow fever, dengue fever, and other human diseases.

Over the course of his career, Strauss accomplished a deep and broad characterization of these viruses, discovering how they replicate, how they evolve, how they make proteins, how their genomes are organized, and more.

"When Jim and Ellen were studying viruses in the 1970s, it was still very difficult to do genomic characterization of these viruses," says Ellen Rothenberg, Edward B. Lewis Professor of Biology at Caltech. Rothenberg was a colleague and friend of Strauss for decades. "Under Jim and Ellen, the Strauss lab was a center of excellence in virology at Caltech," she adds. "They were admired and respected for being the absolute top of their field in knowledge about how this very important class of viruses works. It wasn't that his work was glitzy—these were the decades where virology research was not so fashionable—it was that his work was so extensive and deep."

Rothenberg also remembers Strauss as a quiet person of great integrity who cared greatly for his students.

Strauss was born on September 16, 1938, in Galveston, Texas. After completing his bachelor's degree from Saint Mary's University in San Antonio, Texas, in 1960, Strauss arrived at Caltech for his PhD, which he completed in 1967. He joined the Caltech faculty as an assistant professor in 1969 and become an associate professor in 1975, professor in 1983, Bowles Professor in 1993, and Bowles Professor Emeritus in 2007. Strauss served as executive officer for molecular and cellular biology from 1980 to 1989 and served as interim chair of the then Division of Biology in 1986. He was elected to the American Association for the Advancement of Science (AAAS) in 2011.

"Jim was a brilliant scientist, a wonderful mentor, and a generous soul and friend," says Charles Rice (PhD '81). "He was always there to thoughtfully weigh in when a challenge arose but gave his students an open door to test our own ideas. My experience in the Strauss lab provided the foundation and mindset that guided our later work on hepatitis C virus." Rice went on to receive the Nobel Prize in Physiology or Medicine in 2020 for his research on hepatitis C.

Throughout their careers and into their retirement, the Strausses traveled the world on bird-watching expeditions and journeys to observe solar eclipses. Closer to home, Jim Strauss was on the board of directors of Los Angeles Opera, of which he and Ellen were frequent patrons.

"It is truly sad to lose Jim," says David Baltimore, Caltech president emeritus and Judge Shirley Hufstedler Professor of Biology. "Ellen [Strauss] and I were classmates at Swarthmore, part of a small band who tried to make sense of the rapidly developing field of molecular biology without a mentor who could help us understand what to believe. When Jim and Ellen became a team, they were one outpost of the worldwide effort to understand the replication of the myriad of viruses that infected animals and people. Jim was a true pioneer and widely honored for his imaginative and pathfinding work. And they were a lovely couple, deep into their shared world with their paired detailed knowledge of birds and opera, along with viruses."

Jim and Ellen Strauss began working together as graduate students and ultimately ran a research group together as faculty for 40 years. Together they published a textbook, Viruses and Human Disease, written by Jim and illustrated by Ellen.

"For a number of years, we had one and sometimes two free-flying parakeets in Jim's office in Kerckhoff," recalls Strauss's wife, Ellen. "We found them to be a useful tool for judging prospective graduate students and employees; we wanted those persons who could focus and remain coherent despite the distraction of a live bird flying around the room."

Janet Baer, the former director of Caltech's Office of Laboratory Animal Resources, worked with Strauss on the Caltech Institutional Animal Care and Use Committee and recalls him as a gifted committee chair. "He exhibited leadership, fairness, and empathy for animals and people alike. Over time, I had the good fortune to develop close friendships with Jim and Ellen. Jim was the epitome of a true Renaissance man; he was deeply curious about the world, read widely on a vast array of interests, traveled extensively during his lifetime, and was knowledgeable on many topics. It was richly rewarding and a true joy to share conversation and a good glass of wine with the Strausses."

An abbreviated version of this obituary was published on January 3, 2022. 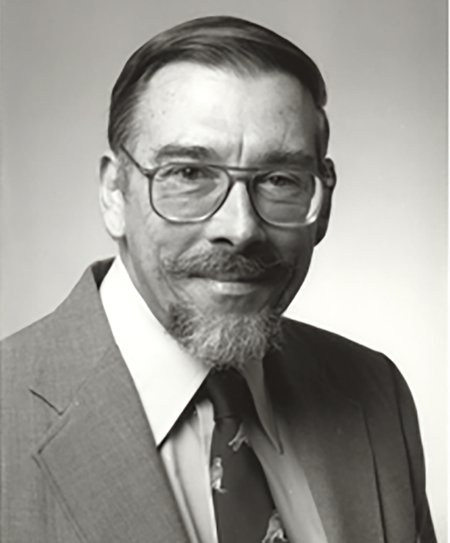